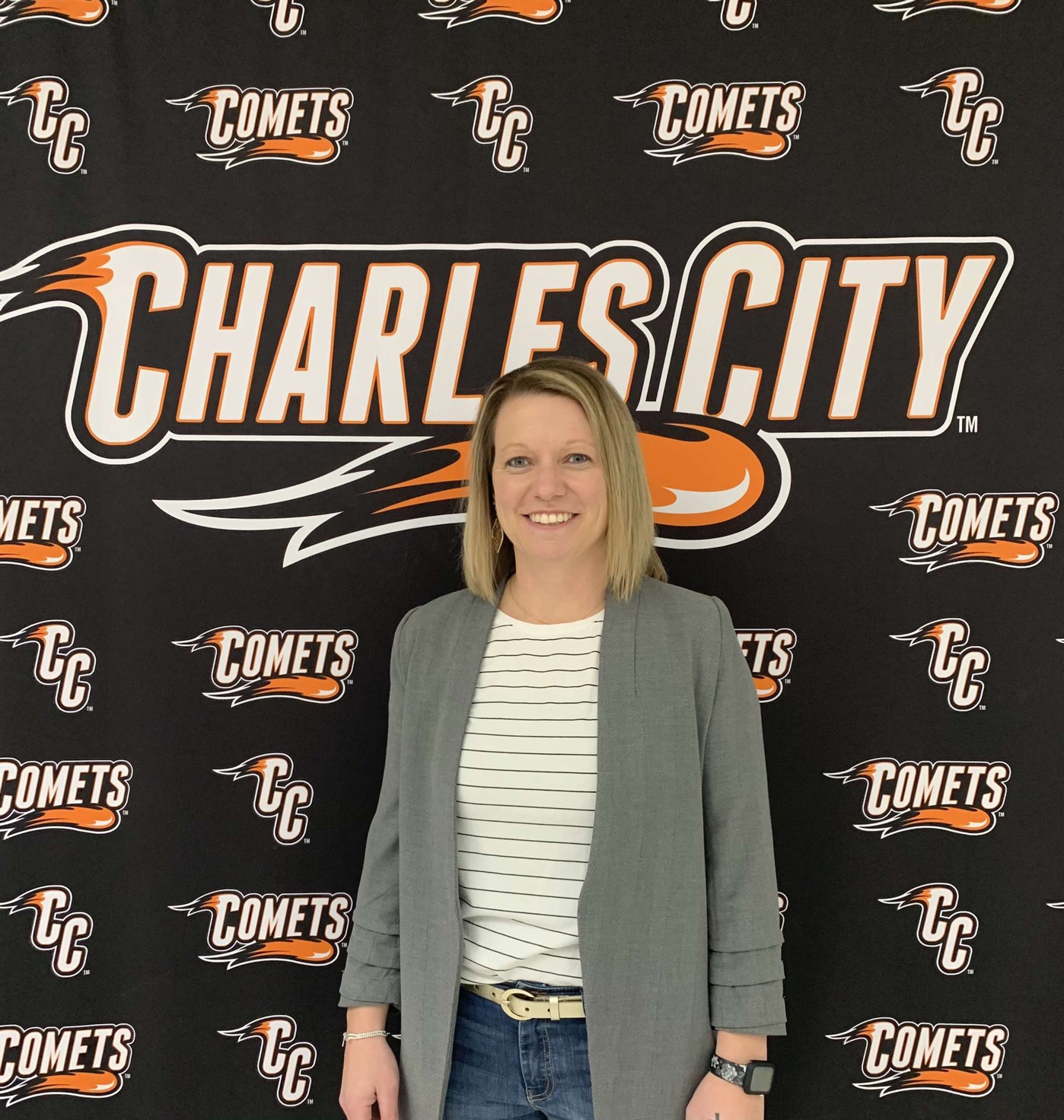 Sullivan joined the Charles City Community School family in 2014 as a 7th-grade math teacher. She later became a high school math teacher and now is working in the business department. She will begin her new role on July 1, 2021.

Sullivan was raised in a farming family in Fairbank, Iowa. Her dad continues to operate the family farm and her mom now works at Dunlap Motors in Independence. Sullivan attended Wapsie Valley Community Schools District in Fairbank. After high school, Sullivan attended the University of Northern Iowa (UNI) while earning a bachelor's degree in accounting. She received her teaching license through Buena Vista University and is currently attending the University of Northern Iowa to earn her Master’s in Education PK-12 Principalship.

"I hope to build on previous and new relationships with the teachers, staff, and students," Sullivan says. "I am also excited to learn from Joe Taylor as a mentor. I'm looking forward to taking some of my visionary ideas and helping implement them in the Charles City Middle School.”  Sullivan's goals are selfless as she hopes to learn from the students and staff who were there before her. She wants to build those relationships and help staff continue to grow. "They're the experts; my goal is to use my own strengths to help them in any way I can."

"We look forward to seeing Dana's innovation, determination, open candor, and overall leadership in the years to come as a middle school administrator," says Joe Taylor as he congratulated Sullivan on her new role and commended on her "grit."  Mr. Taylor is also excited about learning from Dana as her strengths and passion areas will complement the leadership team nicely.

Sullivan is a mother of two, nine-year-old Brynlee and seven-year-old Sawyer. They attend school here in Charles City.

Sullivan is sad to leave her assistant girls softball coaching position. She has been a softball coach for seven years. "I have loved every minute of coaching, especially the relationships I have built with the girls. They have been babysitters to my children and a huge part of my family. I am privileged to have the greatest role models for my children the past seven years; ultimately, that's all that matters." Sullivan plans to continue as their biggest supporter as she starts a new chapter in her career with the CCCSD family as the new Middle School Associate Principal.